A Profile of an International Player

A Profile of an International Player 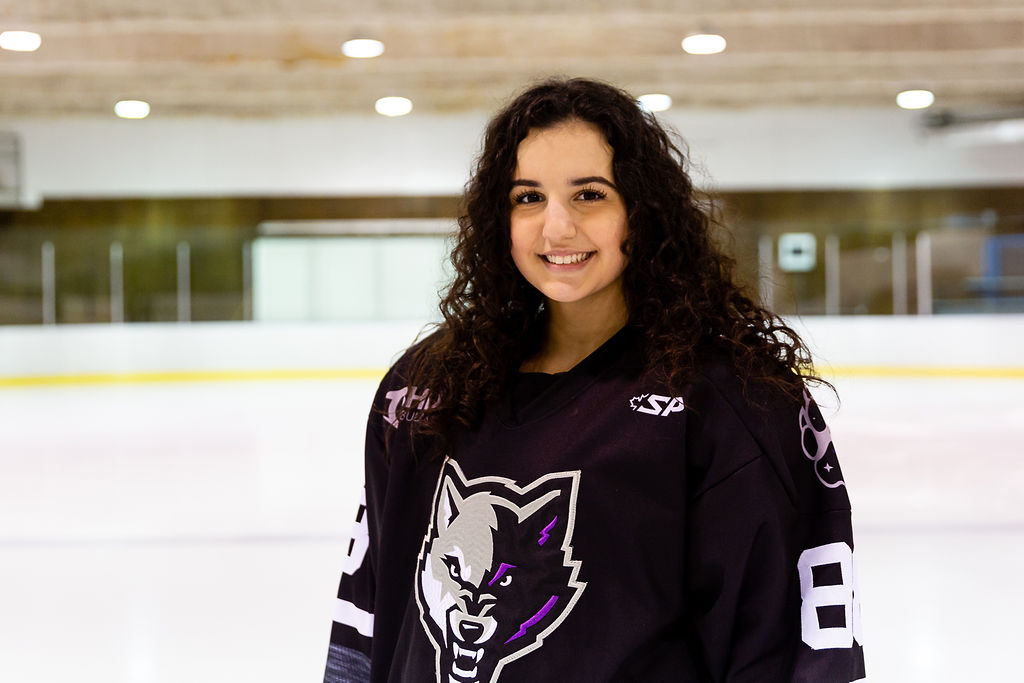 Talia Teliani has been playing hockey since she was five years old. It all started by watching her Dad play and posing a simple question, “Why do you get to go out and play hockey and I don’t?”

Her Dad very quickly, seeing his daughter’s passion for hockey, immediately sought opportunities for her and found the Edmonton Girls Hockey Association (EGHA). This step has set Talia on a hockey path that continues to bring her joy and the support of a community she adores.

“I loved the game before I even started playing.” says Talia, “This is my 15th year of playing hockey and I can’t imagine my life without hockey.” Talia’s Dad has also never missed any of her games in 15 years.

Talia currently plays for the Edmonton Wolves as #88 within the Alberta Junior Female Hockey League (AJFHL). “Some of my best friends that I’ve played with for over 10 years are in the league, it is my second home.”

Talia has found that the AJFHL has allowed the balance she was looking for while she completes her Bachelor of Science degree at the University of Alberta. “I need a busy schedule to stay on top of things. It was hard during lock-down so the busier schedule helped me with time management when balancing academics, hockey, work and personal life. I really enjoy the high level hockey that the AJFHL entails. I also love the great team atmosphere with the Edmonton Wolves and the coaches have been some of the best I have ever played for. I am thrilled with the league’s ongoing growth. More teams are joining the league, including players from the CIS, ACAC, and NCAA divisions.”

To add even more to Talia’s plate, in 2018 she was recruited by Team Lebanon. The players are all second- and third-generation Canadian and American Lebanese women. “It’s been such an amazing experience so far and the program is growing rapidly. We are going to Dubai in January 2022 for a tournament, and this past summer we had the opportunity to play a few exhibition games against the France U19 Women's National team in Paris! I feel so lucky and fortunate to have this opportunity.” Talia continues, “Hockey in itself has played a huge role in my life and has shaped who I am as a person. I still love playing after 15 years, it's a good break when I need it.  I have twenty little cousins, and I tell them all the time; hockey’s a great game and if you really love it, stick with it. Some of the best experiences of my life have come from playing hockey; I have met some lifelong friends and it is such an enjoyable sport.”

Well at the AJFHL we are privileged to have you Talia and wish you great success in playing for us and Team Lebanon.