A Woman With Purpose

A Woman With Purpose 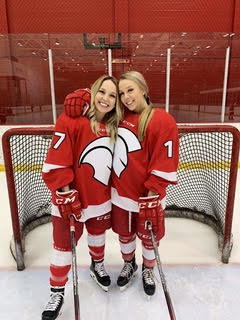 “I find it very difficult to not play hockey, it is a vital part of me.” Says Ashton Holmes.

When Ashton was growing up she thought of hockey non-stop and was jealous that her brother who was two years older, got to play hockey. She would watch his games and say to herself, “I can’t wait for this to be me.”

Ashton’s drive to play competitive hockey led her to a scholarship with SAIT and a place on the hockey team. She is pursuing marketing while trying to balance school and hockey. Her goal is to get a bachelor of business administration so that one day she can be her own boss.

Ashton had been playing with SAIT for three years, when they were cancelled due to the pandemic. “We didn’t get to practice or play a single game, it was discouraging. Hearing that men's hockey could continue to play was frustrating and I realized that there is a real difference between women's and men’s hockey.”

At that time, other players that Ashton is friends with mentioned the titans team to her and shared Ashton’s name with the head coach of the Calgary Titans. The next thing she knew she was called up and enrolled to play for the Calgary Titans. “We have only played 8 to 10 games, and I really like the team. The coaching staff, consider our other responsibilities and accommodate us. A lot of girls are coming from playing on a college/university team and want to continue to play so the AJFHL makes that possible.” For Ashton, she laughs a little when she looks back over the pandemic and her continued desire to play hockey, her mom had said to her, “this is good, now you can focus on your studies.” Ashton said that she just couldn't do that and had to continue to play hockey. At her first game with the Calgary Titans, her mom posted on social media, “This child of mine just can’t stop playing hockey.”

What Ashton continues to struggle with is seeing the disparity between women and men’s hockey. At the same time, being Métis she has grown up feeling on the sidelines. Instead of letting this defeat her among her many accomplishments, Ashton worked with a youth group to teach them to play hockey. “It was so inspiring to see how happy they are. I want to give back and support future generations of women of all backgrounds. I want to be a voice of purpose for women’s hockey, because I feel I could be doing more.”

Ashton is an inspiration to her teammates and an amazing addition to the AJFHL. We look forward to seeing her many successes and how she propels women in hockey. 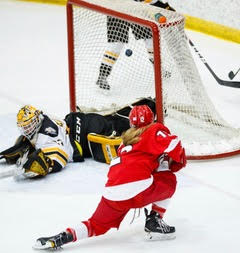